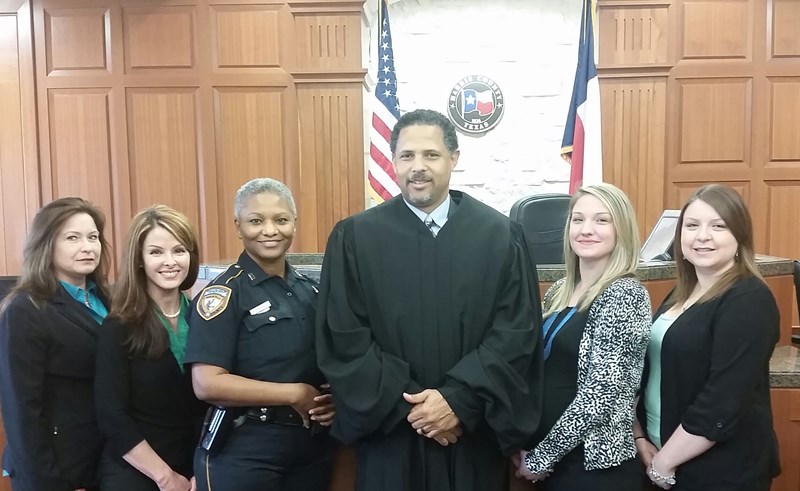 Judge CLYDE Raymond Leuchtag is an experienced litigation attorney who has successfully handled hundreds of cases as the former Judge in County Civil Court at Law #1 from June 2015 through December of 2016, was the highest rated County Civil Court Judge at the time, and was the 2016 and 2018 Republican nominee for that court.

Judge CLYDE has been a licensed attorney 29 years -- with PROVEN EXPERIENCE and a PROVEN REPUTATION for being an effective civil court judge.

Judge Clyde’s 2016 Endorsements include both former Harris County Attorneys, both of the former judges in Court #1 who are allowed to endorse, and a former justice of the Texas Supreme Court.

* has handled hundreds of cases as the former Judge in County Civil Court at Law #1 from June 2015 through December of 2016, and has had zero reversals on appeal and only 1 modification.

* from 2012-2015, has had judicial experience as a part-time civil hearings adjudicator in Municipal Court, and has had more than 80 hours of judicial education and training

* graduated in the top 5% of his class at South Texas College of Law in 1990, was a member of law review, and passed the July bar exam in 1990 after graduating in May

* has had appellate law experience with PUBLISHED Opinions

* has had over 12 years of mediation and legal counseling (problem solving) experience -- and as a judge, helped litigants resolve their disputes by agreement before trial

* earned the confidence of Harris County Commissioners Court and was a "go-to" attorney on difficult questions of law at the County Attorney's Office.

* earned the reputation for fairness and treating all people with respect and courtesy before and after becoming the Judge in County Civil Court at Law #1, demonstrating fairness and compassion while following the law